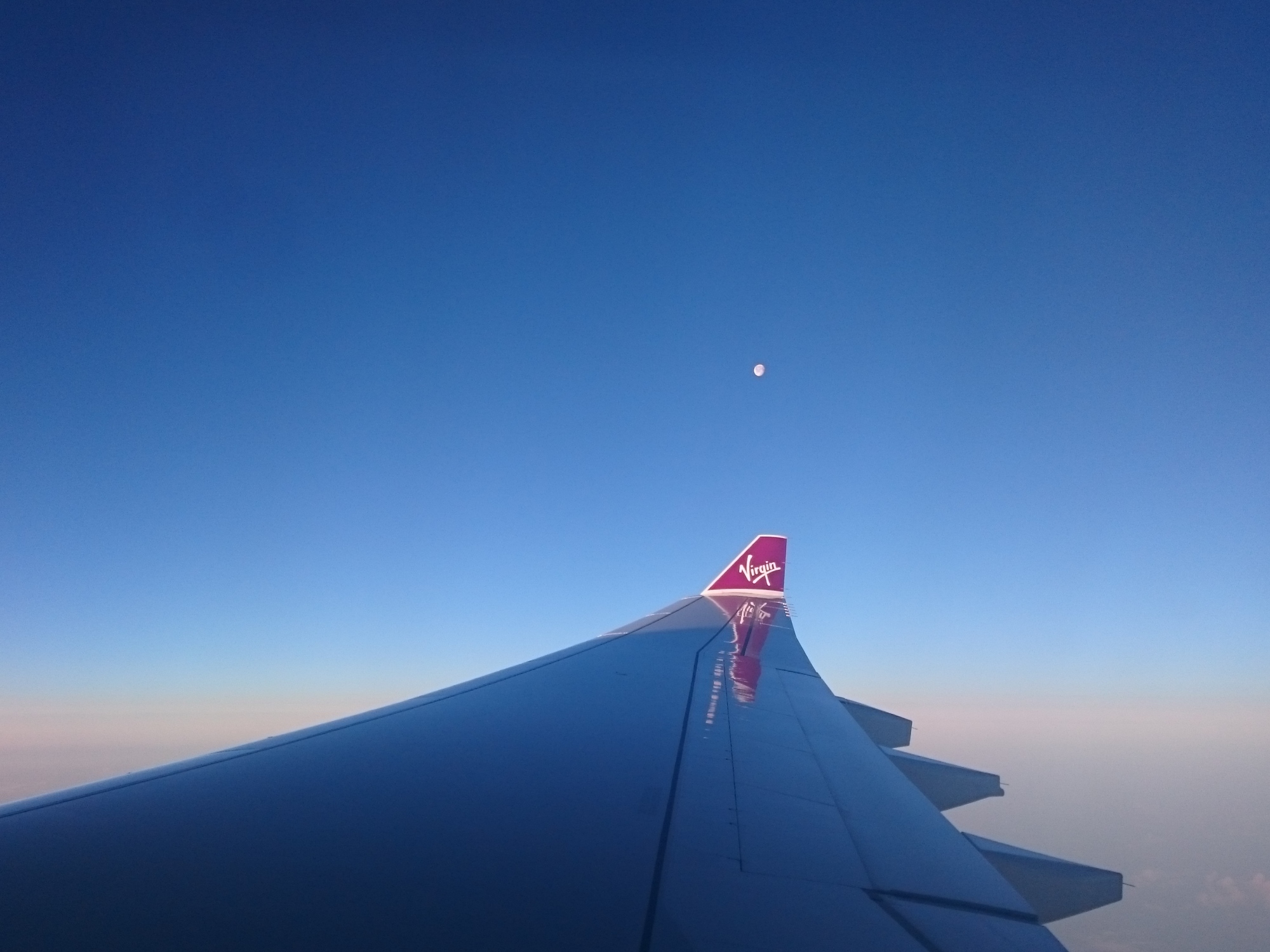 The last time I flew Virgin Atlantic was over 3 years ago to NYC, so my trip to Atlanta was a good time to see how the service has changed in that period. The answer is … a few things and not all of them positive!

The booking process was fairly simple. I was taking advantage of a redemption sale earlier in the year and booked a couple of economy seats for 26,250 miles plus £251.58 in tax and other charges. We could have paid £25 per passenger per sector to select a seat, but being the organised traveller that sets a reminder for when the check-in opens, I decided to risk it and select two seats together when web check-in opens. Virgin Atlantic (VS) Flying Club Red (FC) member can choose seats for free up to 3 days before departure, however this does not apply to non-members! So, even though I picked my seat I couldn’t select one for my travel companion until general check-in opened. In the end it wasn’t an issue and we got the seats we wanted.

Speaking of seats, I found them OK. Not too bad as I managed to get a few hours sleep on the way there and back. Having said that, I tend to fall asleep before take off, so the seat would have to be extremely uncomfortable for me to struggle. I find some of the BA shorthaul seats have a headrest with a bump in the middle which make it impossible to sleep with the head facing forward. Resting on the left or right is a bit awkward as my Bose Quiet Comfort headphones get in the way.

No amenity kits were distributed on the way out as it was a day flight, but got a small amenity kit on the way back. It contained eyeshades, toothbrush and toothpaste, socks, ear plugs and a barely usable pen.

The A330 that I was flying in was equipped with the Veria entertainment system which had enough content to keep me busy on both flights, however I found the touch screen to be a royal pain in the back side to use. Trying to touch the buttons on the corners of the screen was really difficult and random buttons would get pressed instead. Changing the volume requires surgical precision and, not being a surgeon, I gave up on in the end. I imagine that passengers in Premium Economy and Upper Class have a better time with it as they get a separate wired touchpad.

What I really liked was having the option to use my mobile during the flight. Granted I didn’t make or receive any calls but I did receive a text message (yay!). The service was provided though AeroMobile. 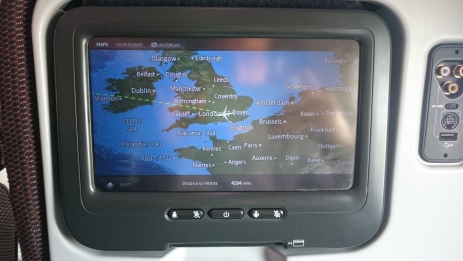 Information on onboard mobile service

My biggest disappointment was the food. Granted I wasn’t expecting a feast but I was surprised how little food was served. My beef casserole had a total of two (2) pieces of beef in it, two carrots, and a bit of mash. The Gü dessert was lush. Second surprise was the fact that there were snacks available on board … for purchase, which reminded me of no-frills airlines. The service was just ok, it felt that the cabin crew were busy and not paying attention. My companion asked for two cans of diet coke (they are tiny!) a few times and every time he only got one.

My dinner on the way the flight back was absolutely lovely though (green chicken curry). However breakfast contained a total of 47 grams of sugar which was a bit sickly.

Overall the flights were ok, they took us to where we wanted to go and we got there on time and safely. Would I have paid the £750ish cash that would have been required to get the same flights if I wasn’t using my miles? Definitely not.

A video photo album (complete with cheesy music) is also available on YouTube: